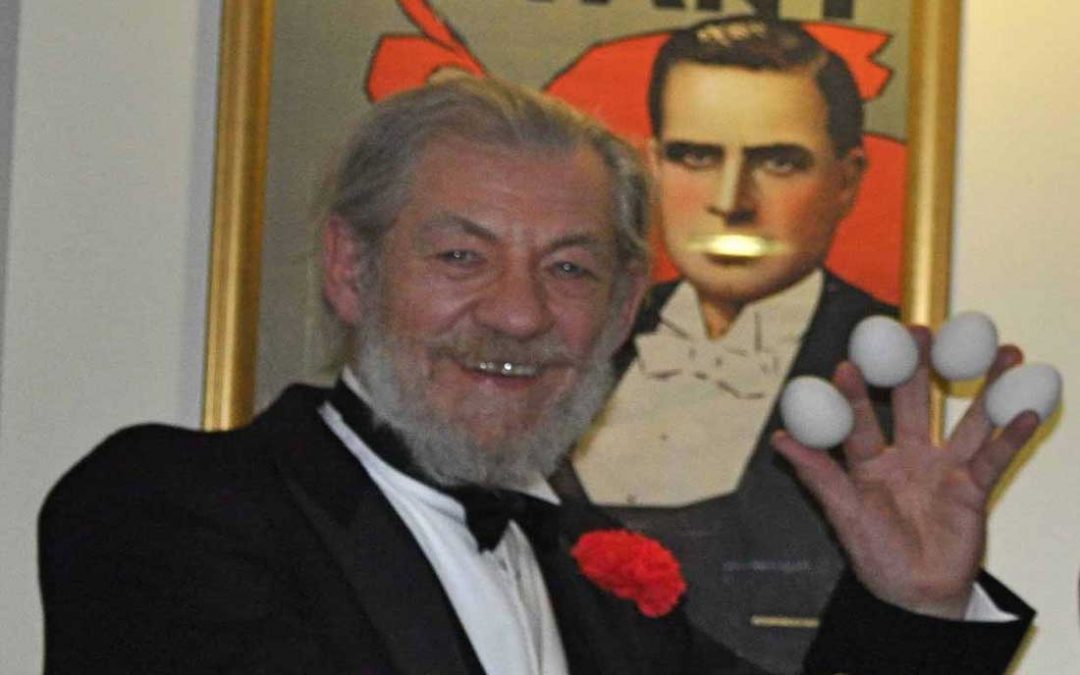 I was thrilled last night to see Sir Ian McKellen again, who came to our London headquarters fort he UK premier of his new short film, ‘The Egg Trick’, featuring Preston Nyman, son of my friend & great magician Andy!

It’s based on the Egg trick made famous by The Magic Circle’s first president David Devant, and sees Sir Ian playing the part of a Magician!

“David Devant performed ‘The Egg Trick’ on stage, with the help of a girl and a boy from the audience. During the trick he would produce masses of eggs from an empty top hat faster and faster, handing these to the children to look after. Naturally, there were too many eggs for the children to hold and they smashed all over the stage!

It was during a Royal command performance where Queen Alexandra apparently laughed out loud to this masterpiece of magical comedy.
Afterwards, I recalled a story to Sir Ian from around 18 years ago when I had first performed for him at a party, which he remembered like it was yesterday!

I was booked by the author Ken Follet to perform mix and mingle and close up magic for a private party at his home in Chelsea, London. I remember changing in his library upstairs, where he writes all his best sellers, and as came back down, I noticed a framed ‘cashed cheque’ made payable to HM Revenue and Customs for £1,000,000 only. That was in 1994!

The party consisted of the entire Labour party who were in shadow government at the time, with John Smith the leader who asked me if I could make the Conservative government disappear…..How some thing never change!

Every labour supporting celebrity was there, and a good time was had by all…..especially Robin Cook who was pi**ed as a fart!