Magic of The Movies 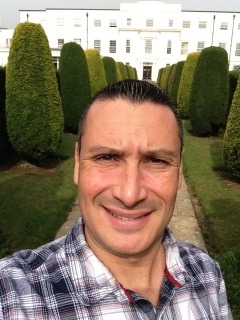 I was thrilled to be working at Pinewood studios, where some of the greatest films ever have been made!

It was extra special as their current productions include ‘Fury’ and ‘Exodus’ and ‘Cinderella’.

During lunch I decided to take a walk in their fabulous gardens, which is also used for filming. There were remnants from shooting Cinderella still there!

While walking around, I just happened to bump into Brad Pitt who is the lead role in ‘Fury’, then Ridley Scott, director of ‘Exodus’ and then Sigourney Weaver, dressed like Cleopatra! Not bad for a 15 minute walk!

You can hire out their big restaurant for private functions, and hire a magician in Buckinghamshire like me for close up magic, table magic or cabaret magic.

What a great Lunch!