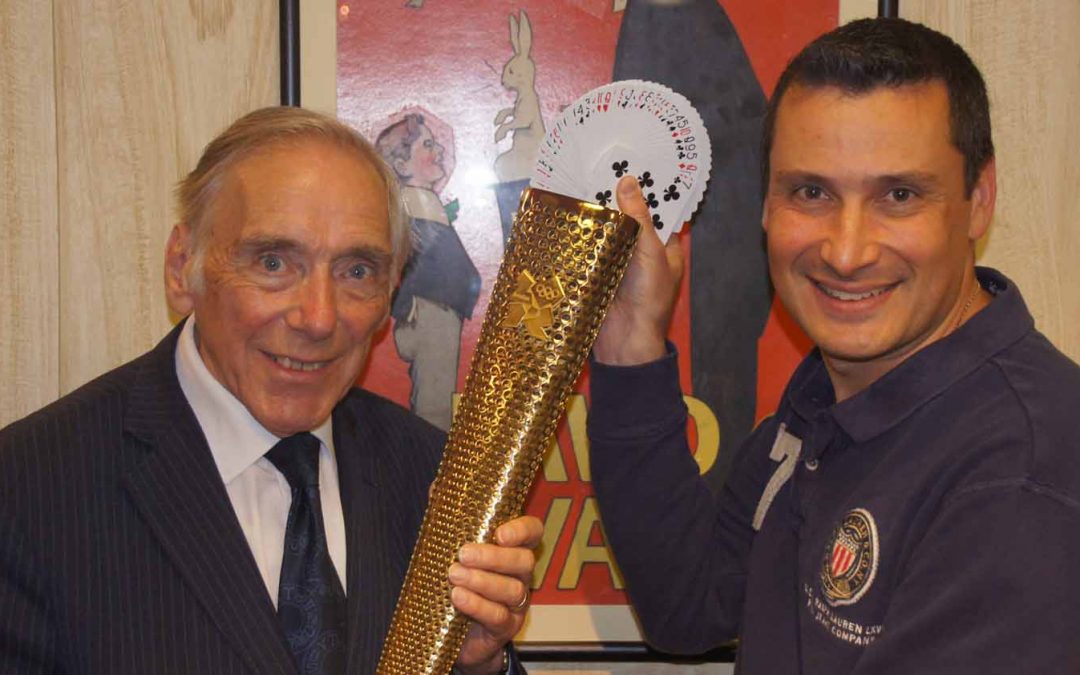 Darryl Rose, Member of The Inner Magic Circle with Gold Star conjured up the Olympic Torch at The world famous Magic Circle on Monday night.

After magically producing it from nowhere, Darryl let members have their photos taken with it for a donation to the  CICRA Charity (The Crohn’s in Childhood Research Association www.cicra.org)

Darryl’s sister Amanda was 10 years old when she was diagnosed with Ulcerative colitis , and both Darryl’s brother, Mark & niece, Paige (14 years old) both from Harrow suffer from Crohns.

New magician on the block ‘Dynamo’ also suffers with Crohns and both he and Darryl are trying to make their magic work by making the disease disappear.

Jack Delvin, President of The Magic Circle said: “I have seen every trick in the book, but even I don’t know how Darryl Made that Olympic Torch appear in our clubroom!”

Here is a photo of Darryl Rose MIMC and Jack Delvin MIMC, President of The Magic Circle.”