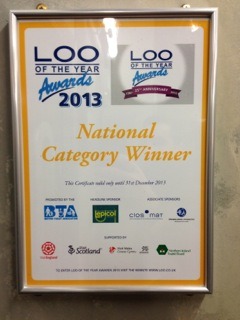 Well I was under the Chelsea Football club stands in Mr Roman Abramovich’s nightclub for the series finale awards night with all the cast and crew from the award winning TV show ‘Made in Chelsea’.

The said toilet, if I don’t say myself was very nice, and although I did not take any picture in the WC, I’m sure you can guess that like myself, it’s the best money can buy!

I suggest that next time you fancy a high end pee, or a high end elite magician for hire, you know exactly where to go!