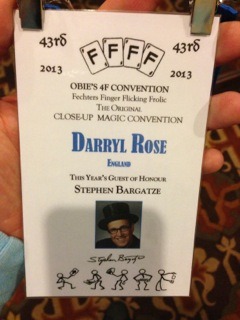 I was honoured to be invited to the ‘Invitation Only’ 4F magic convention in Batavia, New York to perform my magic.

Only 200 of the world’s best performers ever get invited to this annual event that has taken place every year for the past 43 years.

The 4F magic convention is also known as FFFF which stands for Fechter’s Finger Flicking Frolic.

Magicians from 27 countries fly in for this 4 day convention.

It is 24 hour non stop magic shows, lectures and performances, and it’s a fabulous experience spending time with ‘big names’ in the world of magic.

One new friend I met is Mike Maione from New York, who has great new effect out, which will probably end up in my cabaret show. 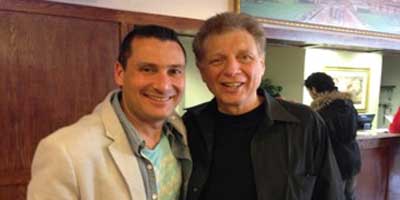